The first Great North Run was held in 1981 when 12,000 runners participated. Paul Lowe was a student at Newcastle University at the time studying dentistry when he and friends decided to take part.

37 years on and the Great North Run, now sponsored by Simply Health Professionals, is a world event and the biggest half marathon in the UK with 43,000 runners attempting the 13.1 miles stretching from Newcastle to South Shields.

When Paul had the opportunity to take part in this year’s run he thought not only would it be a great experience but also an opportunity to help raise much needed money for the Daybreak Kennels, part of the Greyhound Trust, which rescues retired greyhounds and of which our team member Sarah Rooke is an active supporter.

Since that first GNR Paul has completed 12 full marathons including London, Sydney and the Big Sur in California as well as numerous half marathons, helping to raise money for local charities. However, all were many years ago!

It was an early start in the north east last Sunday and, after meeting up with the rest of the Simply Health team, he arrived at the start to join the growing mass of runners of all ages and abilities, most of whom were running for a special cause close to their hearts. 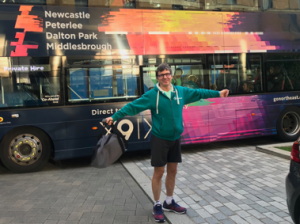 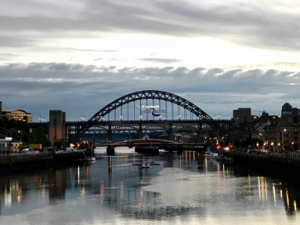 The route took the runners across the iconic Tyne Bridge as the Red Arrows flew overhead and then parallel to the River Tyne to the coast. The north-easterners are renowned for their warmth and hospitality and were out in force providing support, a great atmosphere and plenty of jelly babies!

Despite the fears of certain Practice members to the contrary, Paul arrived in South Shields in an upright position and in 2 hours 34 minutes, a mere 27,849 places behind the legendary Sir Mo Farah, albeit nearly an hour slower than in 1981! 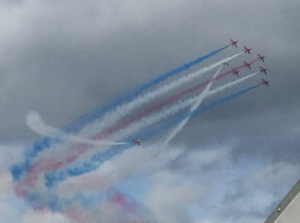 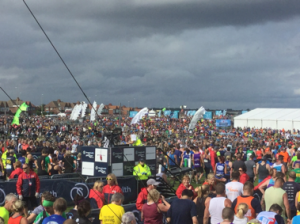 We are all very proud of Paul’s achievement and grateful to Simply Health for their great support.  Thanks to our lovely patients we have raised £266 for the greyhounds at Daybreak.

Paul is hoping to take part again next year and maybe get a little closer to Sir Mo’s time!

Any further sponsorship would be very gratefully received at the Practice.